The deal would consolidate the only two companies in the emerging business of subscription-only satellite radio, and is sure to face tough scrutiny from federal regulators. Investors and analysts have been speculating about a deal for months.

The two companies said in a statement that Mel Karmazin, the CEO of Sirius, would become chief executive of the new company while Gary Parsons, the chairman of XM, would remain in that role. XM's CEO Hugh Panero will remain to oversee the closing of the deal, they said.

The deal would face significant regulatory hurdles in Washington, including a Federal Communications Commission rule that clearly states that one satellite radio provider cannot buy the other one. However, that rule could be waived.

A combination would also have to meet antitrust approval from the Department of Justice. The companies are expected to argue that they compete not only with each other but also with a growing base of digital audio sources such as iPods, mobile phones, and non-satellite digital radio.

I can tell you this: Hubby LOVES his XM radio and considers it a necessity. He can listen to our favourite sports teams and then to talk radio when he's sick of music.

Has there been anymore news on this merger?

Staff member
I think they are about a year away from making complete merger. Probably due to contracts signed by some of the major sports leagues and such.

Actually the appropriate government agencies has yet to approve it, and the NAB is paying out all kinds of cash to block this thing.

I wonder what will happen once the merger is complete? Are we going to be looking at higher or lower prices, or will the monthly cost stay about the same?

Staff member
I have heard rumors of all three, LOL. Hopefully, the price won't go up though. I don't mind paying what I pay now, but not sure how much more I would pay for the service.
H

AdamAnt said:
I wonder what will happen once the merger is complete? Are we going to be looking at higher or lower prices, or will the monthly cost stay about the same?
Click to expand...


I heard we could have our own packages to choose from which would bring more cost to us naturally...Reminds me of my DISH network

i just don't see it happening as a merger. i think one will buy the other out per say and go from there. kinda like cingular/att/bellsouth/can't remember the other one. they would have to have new equipment also to do this for it to work. what ever they do it will be the best financial thing for them not us. btw i got XM. 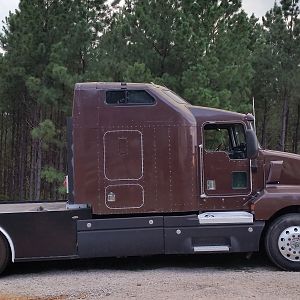