The 2006 trucking industry boom is stepping on the brakes in 2007, according to a report by New York-based Fitch Ratings Ltd. But even though truck shipments will be fewer this year, the sector’s labor market is enduring a dangerous driver shortage that causes many companies and industry leaders to worry about the future.

George Billows of the Illinois Trucking Association said even though growth is slowing, the shift to a global economy will become stronger. He said “75 percent of the imports and exports in this country go by truck, and as we import more, you need truck drivers to deliver that.”

Billows attributes the need for truck drivers to the aging baby boomers that will soon retire, as well as to the growth of imports from countries like China and India.

Illinois has trucking certification programs at several community colleges. Those programs have a 98 percent placement rate on completion of the four-week driving course.

The profession is very demanding, causing drivers to be away from their families for long lengths of time, which has caused many to shun the profession.

But Billows said companies have been doing better at enticing drivers with good benefits and bonuses based on seniority and performance.
more... 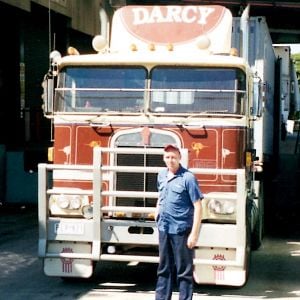