Two bills advancing in the Colorado General Assembly are focused on certain trucking companies that operate in the state.

The House voted 62-2 to approve a bill – SB62 – that is intended to ensure that companies with outstanding civil penalties for safety violations aren’t using the state’s roadways.

Sponsored by Sen. Sue Windels, D-Arvada, the bill would cancel and/or prohibit the renewal of vehicle registrations for instrastate motor carriers who have failed to pay outstanding fines for safety violations. The motor carriers would also be forbidden from working on state projects.
Trucks that operate interstate would be exempt from the rule until July 1, 2009.

Supporters say the protections are needed to force compliance with the state’s safety rules. They say the result would be safer roads for travelers in the state.

Another bill on the move in the statehouse would require officials with newly registered household goods movers to submit to a fingerprint-based criminal history record check.
more... 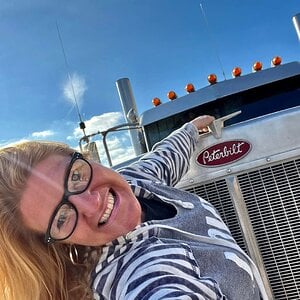