In a recent subcommittee hearing, U.S. Sen. Frank Lautenberg, D-N.J., said he didn’t understand why the Federal Motor Carrier Safety Administration proposes to require electronic on-board recorders for only 465 of the nation’s more than 700,000 trucking companies.

In January, the FMCSA proposed a rule that would require recorders in the trucks only of those carriers with the worst safety records.

“I'm not sure the trucking industry themselves could have written a more favorable proposal,” Lautenberg said at the May 1 meeting of the Senate surface transportation subcommittee. “We need electronic on-board recorders in every truck on the road to ensure the safety of our truck drivers and our families who travel on the highways.”

In agreement was the chairman of the National Transportation Safety Board, the independent federal agency charged by Congress with accident investigation. Mark Rosenker, whose agency has advocated such devices for 30 years, testified that requiring the recorders in only the least compliant carriers make the devices appear punitive rather than beneficial.

“We believe it is past time to act and that the use of EOBRs should be mandatory throughout the industry, as are similar devices required in most of Europe,” Rosenker said.

FMCSA Administrator John Hill testified that the agency is analyzing comments on the proposal. “Any future decisions concerning the rulemaking will be based on our analysis of the comments and data submitted to the docket,” Hill said.
more... 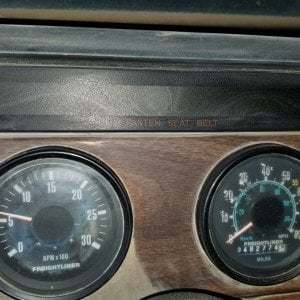 EOBR back on the table for votes

EOBR back on the table for votes