Per a court ruling, the 11 hour driving rule, and the 34 hour restart will be tossed out. There could be more changes as well, as the court ruling is still being analyzed. There has not been any official announcement by the FMCSA as of yet, so all drivers need to continue with the current driving rules until the change becomes official.

Truckers will once again face another new hours-of-service regulation, thanks to a ruling that eliminates the 34-hour restart and 11-hour driving limit.

The U. S. Court of Appeals for the District of Columbia Circuit issued a ruling today on a pair of challenges to the current hours-of-service regulations.

In the decision issued by the court, the 11-hour driving time limit and the 34-hour restart were thrown out. No changes to the sleeper-berth provision were made. The court ruled based on procedures followed by the Federal Motor Carrier Safety Administration and not on the merit of the challenged provisions.

Truckers may feel like they are in a state of limbo with this latest round of changes to the hours-of-service regulations.

But, in the short term, nothing really changes.

According to a statement from FMCSA, agency staffers are “analyzing the decision issued today to understand the court’s findings as well as determine the agency’s next steps to prevent driver fatigue, ensure safe and efficient motor carrier operations and save lives. This decision does not go into effect until Sept.14, unless the court orders otherwise.”

Ah hell! I do think a change needs to be made, but that needs to be the 14 hour rule. I could care less if the 11 hour rule goes back to 10, but I hope they don't drop it further.

I HATE losing the 34 hour restart though, that is the best rule ever made.
S

were do i find a list of what the codes mean ,for a peterbilt on board diagnostics sc

Nothing has been set in stone yet as to what the exact changes will be, but I imagine the 11 hour driving rule will be dropped back down to 10.

OOIDA will have representatives on hand during the discussions for the new rules and will be working to provide some sort of sanity to this.
R

when is it gonna stop?

If the 34 restart is gone now what? Someone said a 7 day restart? Are they insane? How will anyone get their freight if we can only drive 70 hours in 8 days then have to stop for 7 days? I think they are going to far this time. I can handle 10 hours a day but take out the 14 and say split it up however as long as you get 10 hours off a day.

I don't know if the 34 hour restart will go away completely, but there will some modification to it, at least. I have heard nothing about a 7 day restart though. That would make no sense at all to implement something like that.

OOIDA reps are pushing to keep the restart there for us, as far as I know. If I had to guess, it would be modified into something like a 48 hour restart.

When will we know forsure. And what about hours for local in 100 miles.

Most likely, it will be 6 weeks or so before we know anything.
B

I am so sick of this. A bunch of activist groups doesn't need to be deciding how we should do our jobs, when they have no idea what we deal with on a day to day basis.
H

Bonkers said:
I am so sick of this. A bunch of activist groups doesn't need to be deciding how we should do our jobs, when they have no idea what we deal with on a day to day basis.
Click to expand...

No they shouldn't, but I don't want a bunch of money hungry drivers deciding it either. I have seen drivers come in to pick up trailer that are so sleepy that have problems remembering their last name. No way should they be allowed on the road.

I think a mixed group of drivers and safety professionals should be in charge.

Now the questio n is. Are different states going to apply federal rule or state rule. 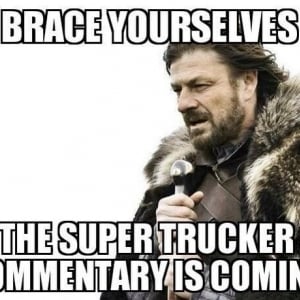 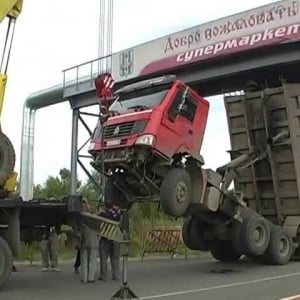 Analysis: A new hope for hours of service?
2 3

No Changes For Hours Of Service (HOS)

Analysis: A new hope for hours of service?
2 3

No Changes For Hours Of Service (HOS)