Lack of sleep may be deadly, research shows

LONDON (Reuters) - People who do not get enough sleep are more than twice as likely to die of heart disease, according to a large British study released on Monday.
Although the reasons are unclear, researchers said lack of sleep appeared to be linked to increased blood pressure, which is known to raise the risk of heart attacks and stroke.
A 17-year analysis of 10,000 government workers showed those who cut their sleeping from seven hours a night to five or less faced a 1.7-fold increased risk in mortality from all causes and more than double the risk of cardiovascular death.
The findings highlight a danger in busy modern lifestyles, Francesco Cappuccio, professor of cardiovascular medicine at the University of Warwick's medical school, told the annual conference of the British Sleep Society in Cambridge.
Click to expand...

Must be a Ric Romero report.

i only sleep an average of 5 - 6 hrs a night. sleep is overrated.
H

I think the main problem is where you try to catch up on the lack of sleep. Like going down the road at 70 mph.
L


Lack of sleep leads to all kinds of problems including insomnia which is the inability to sleep. Once you stay in a state of insomnia for a while then you can go on to more serious conditions from lack of sleep such as chronic Fatigue and Brain fatigue. One can even get to the point where their brain doesn't function properly and gets into the memory loss and brain fatigue. Trust me guys and gals this is really not good especially when you are a driver and have a rig fully loaded maxed out or an over weight rig.
You don't want someone driving who has had so little sleep they are dealing with memory loss. Not just the oh I forgot where I was suppose to turn but looking at the road and wondering where in the world am I. Nor do you want someone to fall asleep at the wheel of a vehicle due to lack of sleep and hurt you or your family.
It does take a while or even years to get to that point but think how many drivers come in dazed & blitzed out of their mind from popping pills and can't even tell which bathroom is which. I mean I have seen guys walk straight in the women’s bathroom and not even know the difference hyped up on pills, energy drinks and anything else they could get their hands on.
The brain needs some time to rest and recuperate. I don't think everyone needs 9 hours of sleep some people need more and some need less. We just need to make sure we get what our body needs so we don't crash out and sleep for days on end.

Lack of sleep can kill you eventually. It can really affect your eyesight as well, cause you to see small things that aren't there, which is especially dangerous when driving.
P

An interesting quote from Stephen King's book Insomnia "Sure people can die from insomnia. The coroner's end up marking 'suicide' as the cause of death" I can agree with that. I had a bout with insomnia and it is a miserable thing. I surely wouldn't have gotten behind the wheel of a rig.
H

I was working 12 hour night shifts and going to school in the daytime. After 9 and a half months of reduced sleep, I started getting really sick and seeing things that weren't there. That was a couple of years ago and I still have headaches and blurred vision at times. Don't go without sleep for prolonged periods. It is just not worth it.

I've felt better with only five hours sleep than seven or more.
didn't know why. 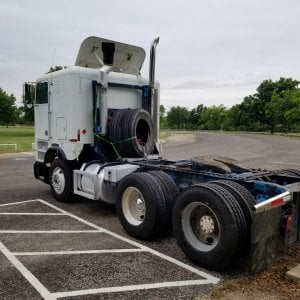 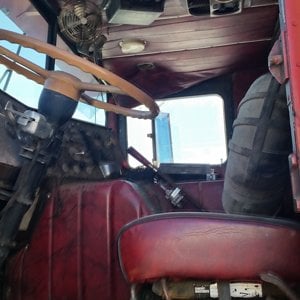 Diet Soda may be Making You Fat

Over 52? You may be protected from swine flu

HDL "good cholesterol" may not be so good afterall

NSAIDS and cardiac arrest, but Naproxen may be the safest

Diet Soda may be Making You Fat

Over 52? You may be protected from swine flu

HDL "good cholesterol" may not be so good afterall

NSAIDS and cardiac arrest, but Naproxen may be the safest