ST.CATHARINES, Ont.-- Two-time lottery winner Larry McKenzie, a driver with Atlas Van Lines, says even though he just won last Saturday night's Lotto 6/49 and banked $15 million, he's not stepping out of the driver's seat. "I enjoy driving," he said, according to a report in the Hamilton Spectator. "If I didn't have anything to do, I'd go nuts."

A few hours after he picked up his winning in Toronto the 41-year-old truck driver was seen back home shopping for new wheels.

McKenzie stepped out of a limo at a St. Catharines Ford dealer and set his sights on a gleaming black convertible California GT Mustang for himself and a yellow one for his sister, Cathy Urlocker. 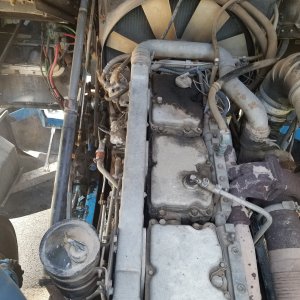 R
What keeps you trucking
2

Trucker keeps going after losing half of tandem rig

S
Still trucking after all these years

R
What keeps you trucking
2

Trucker keeps going after losing half of tandem rig

S
Still trucking after all these years